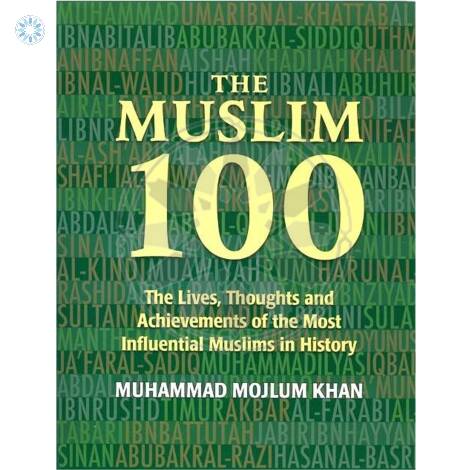 The Muslim 100 The Lives, Thoughts and Achievements of the Most influential Muslim in History

The Lives, Thoughts and Achievements of the Most influential Muslim in History

The Muslim 100 is an attempt to explore Islamic history through the lives, thoughts and achievements of a selection of the most influential Muslims.

By exploring the ideas, thoughts and achievements of the lives of 100 most influential Muslim rulers and conquerors, religious scholars and philosophers, writers and literary figures, scientists and explorers, military generals and freedom fighters, reformers and educationalists, this book goes through Islamic thought, history, culture and civilization

The 100 most influential Muslims include 20 personalities from modern times.

Some of the 100 names include;

Among the 100, the author listed only four females, ‘

Khan was born in Habiganj District, Bangladesh, and was brought up and educated in England.

Khan studied classical Arabic and traditional Islamic sciences at a darul uloom (Islamic seminary). He graduated with a degree in Business and Social Policy from the University of East Anglia.

Khan is a teacher, writer, literary critic, research scholar and researcher in Islamic thought and history. He has published over 150 essays and articles worldwide including 100 essays and articles on Islam, comparative religion, contemporary thought and current affairs. Since the age of 19, he has been a regular contributor to The Muslim News He is also a regular contributor on BBC Radio.

Khan is a former president of a university Islamic society and executive member of Federation of Student Islamic Societies in UK and Eire (FOSIS). He is a fellow of the Royal Asiatic Society of Great Britain and Ireland and a founding director of Bengal Muslim Research Institute UK. He is also chairman of the Ipswich and Suffolk Muslim Council and the manager of the Bangladeshi Support Centre. He is an Imam to Her Majesty's Prison Service.

Kube Publishing is an independent publishing house that publishes general interest, academic and children’s books on Islam and the Muslim experience.