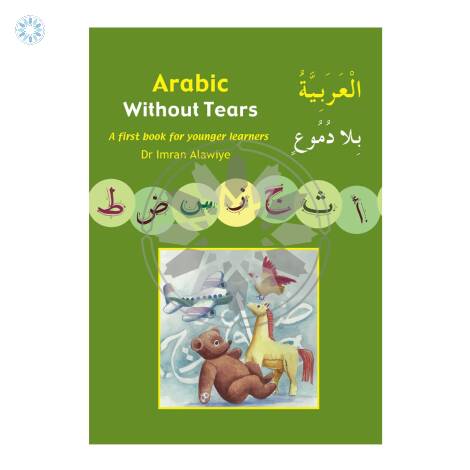 Arabic Without Tears is a colourful new series designed to teach Arabic in a lively interactive manner to younger learners. It is intended for use by parents or teachers working closely with their children or pupils. This first book aims to teach the Arabic alphabet in its basic form through simple written exercises supported by the clear, arrowed diagrams over which the child can trace, thus encouraging him or her to develop confidence and independence in writing the isolate letters. Numerous exercises are included to reinforce letter recognition, alphabetical sequencing and writing practice. In addition, the book aims to teach children the Arabic numbers from one to ten as well as a wide range of colours and other useful vocabulary. Various fun activities are included to enable the child to use the words he or she has learnt in a meaningful context. Mini flashcards at the end of the book are provided to help test the child's recognition of numbers and colours.

Other Books in the Gateway Arabic Book Series

Dr Imran Hamza Alawiye was born in the city of Ogbomosho in Western Nigeria where I completed my primary and secondary education but have lived abroad for more than forty years. Having brought up two children of his own and watched them flourish under the UK educational system, he has come to recognise just how fortunate they were in having access to modern classrooms, up-to-date textbooks, well-equipped laboratories, state-of-the-art whiteboards, computer suites, libraries, sports facilities and more during their schooling.

The story in his home city could not be in greater contrast, as he saw on a previous visit. The students have a real thirst for learning and the staff are incredibly dedicated to delivering a solid education, but they are terribly hampered by a lack of adequate buildings, classroom furniture, textbooks, science equipment and other basic resources to make their efforts effective.

Dr Imran Hamza Alawiye took it upon himself that when he returned to Britain he should actively campaign on their behalf to lend them a helping hand. For he believes that education is the passport for them to access a first world education while remaining in Nigeria. He immediately contacted some UK schools and was impressed with the response he received. To date, I have personally gathered and shipped over 65,000 donated textbooks, old still-usable science equipment that schools were replacing, as well as books to establish a library. But it became clear to him that his personal efforts were but a drop in the ocean of need.

For this reason, he established the charity Helping Hands for Education (HHE). His wife and other trustees came together to support his humble efforts, initially with the idea of targeting the schools in Ogbomosho, though hopefully expanding further afield in the long term.

Anglo-Arabic Graphics Ltd is a publishing company specialising in the teaching of Arabic in a non-Arabic speaking environment to learners across a broad age range.