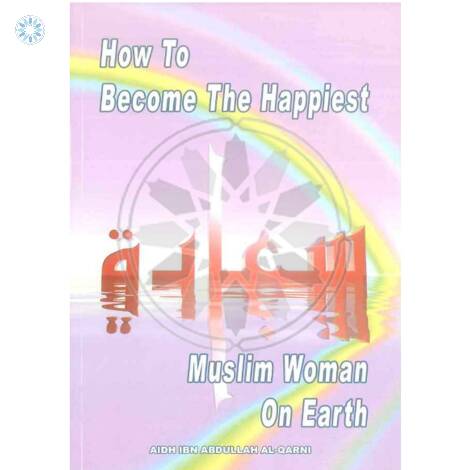 How to Become The Happiest Muslim Woman on Earth

How to Become The Happiest Muslim Woman on Earth

Do you want to be happy? We are all looking for an escape from worry, and depression, and for ways to find happiness. This book presents the route to happiness in a nutshell, drawing on Islamic teachings and the voices of 'experts' both western and eastern. So sit back, relax and read it from cover to cover, or dip into it a page or two at a time in between other activities in a busy life as a wife, mother, student or worker.

You are holding in your hands a treasure chest of reminders that will help you learn important lessons and set you on the path to happiness in this world and in the Hereafter, Insha' Allah.

From the author of the Best Selling Don't Be Sad, a good book for busy Women regardless of their role in life whether they are wives, mothers or working women (or all three), containing short snappy passages that lead to greater truths. Grasp the 'sound bites now, but do not forget to come back to the Islamic legacy to deepen your knowledge of the concept mentioned here.We are all looking for an escape from Worry, stress and Depression', This Book may just have the answers for you.

The translator Huda Khattab is the author of the Best Selling The Muslim Woman's Handbook Published by Taha (UK) and the translator of Ibn Kathir's The Signs Before The Day of Judgment Published by Dar al-Taqwa, UK

'Whoever works righteousness, man or woman, and has Faith, verily, to him will We give a new Life, a life that is good and pure and We will bestow on such their reward according to the best of their actions'

He is also famous for his commentary on Al-Fiqh al-Akbar, called Minah al-Rawd al-Azhar (Gifts of the Blooming Gardens). Qari was born in Herat, Afghanistan, where he received his primary years of Islamic education. Thereafter, he moved to Makka, where he studied under numerous scholars, including Shaykh Ahmad ibn Hajar al-Haytami al-Makki and Qutb al-Din al-Hanafi. He was called Al-Qari, “The Reciter,” because of his mastery of the science of Qur’anic recitation. Mulla ‘Ali al-Qari remained in Makka, where he taught until his death in 1014/1606. His written works include a two-volume commentary on Qadi ‘Iyad’s Al-Shifa’ (The Cure); and a two-volume commentary on Imam Ghazali’s abridgement of the Ihya’ ‘Ulum al-Din (The Revival of the Religious Sciences), entitled ‘Ayn al-’Ilm wa Zayn al-Hilm (The Spring of Knowledge and the Adornment of Understanding).

Other Books Written By The Author