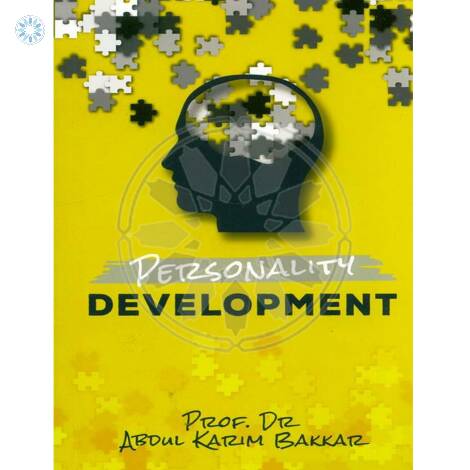 From an Islamic vision, the human being is the centre of the universe.

A quick review of the verses of the Glorious Quran and the Sunnah, statements, actions and traditions of Allah's Messenger (SAW), reveals more than 90% of both revolve around the human being.

There are very few verses in the Glorious Quran that address the improvement of the environment and the inhabitants and construction of the earth. But the majority of the verses of the Glorious Quran and the majority of the efforts done by the Prophet of Islam; Mohammad (SAW) throughout his blessed life revolve around the reformation of the human being. If the human being is reformed, then, the entire life would be reformed and fine.

Abdul Karim, son of Mohammed Al-Hasan Bakkar is a Syrian citizen who was born in Homs province in 1951 (1370 H). He is a Professor at King Khalid University and at Open Arab University, both located in the Kingdom of Saudi Arabia. Professor Dr Abdul Karim Bakkar graduated with his B.A. in Arabic Language from Al Azhar University, Masters from Language Foundations Department, PhD with Honors from the same department – College of Arabic Language in Al-Azhar University.

Professor Dr Abdul Karim Bakkar had written over 150 scientific articles in Arabic newspapers and magazines. He had delivered over 50 public and specialized lectures in a number of universities and cultural centres. He also had over 80 radio and television episodes on Saudi TV, Saudi Radio, AlMajd Satellite Channel, Bursa Broadcasting (Turkey).

Apart from writing and public appearances, Professor Dr Abdul Karim Bakkar is the founding member of the Founding Council of the International Organization of Islamic Media of the Muslim World League. He acts as a member of the Consultation Organization in Islam Today Magazine.

Professor Dr Abdul Karim Bakkar was given the title of the Ideal Professor for the academic year 1415H for the Arabic and Social Sciences College in King Khalid University in Abha.

Dakwah Corner Bookstore Malaysia Sdn Bhd™ (DCB™), Professional In Multi-language Islamic Materials. Alhamdulillah, Praise is to Allah, DCB™ was incorporated in 2008 as an extended representative of the well-known Dawah Corner bookstore based in The Holy city of Makkah Al Mukarramah.

DCB™ is committed to being one of the most trusted sources of Islamic books, multimedia, and publications for Muslims and non-Muslims alike in the country. This is done by maintaining an extensive inventory of high-quality products, based on authentic Islamic works, at a very reasonable price and in various world languages.

DCB™ is also among the top-ranking publishing house that contributing to the reading industry with many valuable extremely sought publications.