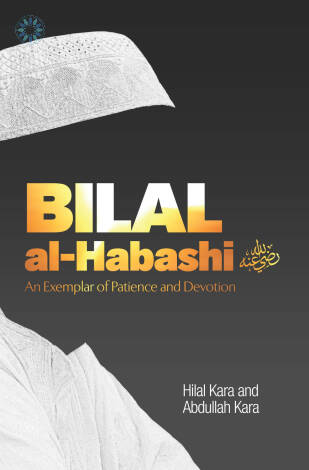 Bilal al-habashi An Exemplar of Patience and Devotion

Bilal al-habashi An Exemplar of Patience and Devotion

When the Prophet Muhammad arrived in the city of Mecca, he found a city where paganism reigned, slavery was rampant, and hope was dead. Bilal al-Habashi was a resident of the city, a slave who’d never known freedom. But when the Prophet’s message of liberation, faith, and love took root in his heart, Bilal’s soul took flight. He knew what it was to be free.

Mecca’s pagan leaders knew they needed to silence Bilal before his example inspired the rest of the city to seek its own liberation. But despite the torture they inflicted on him, Bilal’s soul yearned for freedom, and he refused to turn away from his faith. His voice rang out, and the Prophet’s message of love and freedom soon swept away the pagan leadership and their legacy of bondage.

An inspiring and exciting historical journey, Bilal al-Habashi explores life in the pre-Islamic Middle East and sets the stage for why Prophet Muhammad and Islam were able to sweep through the region. It’s also an extraordinary look at an overlooked historical figure, an ordinary slave who became a high-ranking general and who was renowned for his beautiful singing voice.

Bilal al-Habashi recited the first-ever call to Prayer. He endured the most unbearable of suffering for the sake of his belief for years. He was one of Messenger’s greatest devotees. Medina had become much too constricted for him after Allah’s Messenger passed away. He spent the remainder of his life on the battlefield, as though trying to forget the pain of separation.

He possessed an unceasing belief, love for Allah and His Messenger, and zeal. Realizing that he was about to breathe his last on his deathbed, his wife cried out, “Woe is me!” Bilal al-Habashi injected saying, “Now is not the time for sorrow. It is the time for joy and jubilation, for tomorrow I shall meet the beloved Messenger and his Companions!”

Hilal Kara studied Hadith at the Divinity School of Uludag University and has a PhD in pedagogy. She currently continues her studies and research in Germany. She gives seminars and lectures about personal development and mother education through various foundations.

Abdullah Kara studied Arabic and Islamic studies. He is the author of more than 20 books on the history of Islam and character development. He is based in Germany.