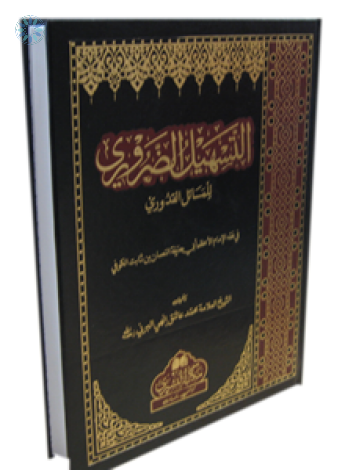 Please note that actual cover may differ from image above.

Detailing about 12500 legal questions and taught in seminaries across the world Imam 'Abd al-Husayn Ahmad ibn Abi Bakr al-Quduri's Mukhtasar al-Quduri is one of the mainstays of the Hanafi school of law. It covers a whole spectrum of law including worship financial transactions personal relations and judicial law.

Mufti Ashiq Ilahi al-Barni was a prominent writer and eminent scholar of fiqh hadith and tafsir from the Indian Subcontinent. He authored a number of well received books including the ever-popular Zad al-Talibin. He was a disciple of the hadith scholar Shaykh al-Hadith Mawlana Muhammad Zakariyya. He migrated to the blessed city of Madinah where he spent the last 25 years of his life. He lays buried in the cemetary of al-Baqi'.

Abu'l-Hasan al-Quduri took his knowledge of fiqh from Abu Abdillah Muhammad ibn al-Jurjani a student of Abu Bakr al-Jassas al-Razi. He attained hadith from various teachers most famous amongst them al-Khatib al-Baghdadi.

He was among the ashab al-Tarjih (those who weighed and analyzed the strengths of differing verdicts in the Hanafi school of fiqh). The leadership of the Hanafis in Iraq came to rest with him and his renown rose. His mention recurs in the well-known Hanafi books al-Hidayah and al-Khulasah. He died on 15th Rajab 428 AH in Baghdad and was buried in his home but was later transported and buried beside Abu Bakr al-Khawarizmi another Hanafi jurist.