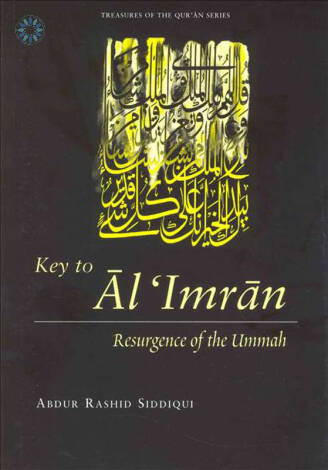 Key To Al Imran: Resurgence of the Ummah

Key To Al Imran: Resurgence of the Ummah

Based on valuable material from authentic tafasir in Arabic and Urdu, the book provides a thematic study of Surah Al-Imran. A commendable work, meeting the mindset and intellectual needs of the English-speaking young generation of Muslims in the West.

Abdur Rashid Siddiqui was born in Bombay, India in 1932. He studied Economics, Politics and Law at the University of Bombay before coming to the UK to complete his postgraduate studies in Librarianship in London. He briefly worked at Liverpool Public Library before joining the University of Leicester in 1966, working as a senior librarian until his retirement in 1997. He also served as a Muslim Chaplain at the University and delivered Friday Khutbahs on a range of topics, which were later compiled by himself in his Book Lift Up Your Hears (in two volumes). He was elected an Associate of the Library Association.

He also engaged himself in the community work soon after arriving in the UK, playing a leading role in a number of organisations including the UK Islamic Mission, Muslim Council of Britain and the Islamic Society of Britain. Developing governance documents and policies was his major contribution.