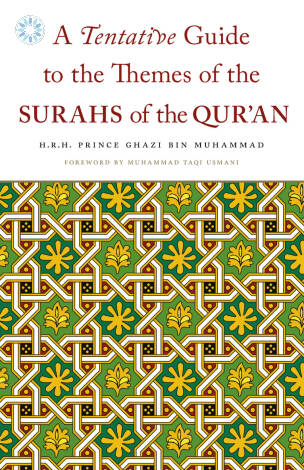 In this seminal work, the author suggests that each chapter of the Qur’an contains at least one distinct theme that underlies—and shows the logical connection—between every verse of that chapter. Moreover, he proposes that the chapters themselves taken together make up a deliberate and unique portrait of human beings and of the spiritual life. Finally, the author argues that the secrets to the themes are contained and shown in the hadith litera­ture describing the spiritual rewards and effects (fada’il) of various chapters of the Qur’an.

This title has been jointly published with Turath Publishing.

In this short work, Prince Ghazi has outlined an approach to reading the Qur’an which has the potential to enhance the understanding of seekers from East and West and enrich their appreciation of the message of each surah. Among its fresh insights is the connection between the themes of particular surahs and the virtues (fada’il) narrated attached to them in Islamic tradition.