Jalaluddin Rumi (may God sanctify his holy spirit) was one of the greatest Muslim saints and mystics. He has also been hailed by Western scholars as the greatest mystical poet of all time.1 And popularized versions of his poetry have made him the best-selling poet in America in recent years2 -- after a period of over 700 years, during which his fame has endured in the Middle East, Central Asia, and the Indian subcontinent.

The popularity of his poetry has spread in the West because of its heart-felt themes of lover-beloved mysticism, and its spiritual joy which seems to emanate even from the most distorted versions in English. However, the popularization of his poetry has also been attained by a number of sacrifices: (1) a lack of accuracy of the meanings of his words and teachings; and (2), a deliberate minimization and evasion of verses in his poetry that reveal that he was a pious Muslim all his life, and a very devoted follower of the prayerful daily life exemplified by the Prophet Muhammad (may God pour blessings upon him).

He was born in what is now the nation of Tajikistan (the country north of Afghanistan) in town of Wakhsh , where his father worked as a Muslim preacher and scholar. Wahksh was part of the cultural area of the ancient city of Balkh (in present-day Afghanistan), which had been a major center of Islamic learning for five hundred years before Rumi was born. His father, also a great mystic, or sufi master, was from Balkh. He named his son Muhammad, but later called him by the additional name, Jalâlu 'd-deen ("the Glory of the Faith"). His full name was Jalâlu 'd-deen Muhammad bin (= son of) Husayn al-Balkhî. Later, when he moved to Anatolia (present- day Turkey) with his family, he became known as Jalâlu 'd-deen Muhammad al-Roomee. This is because Anatolia had been called for centuries "Rûm" (a form of "Rome") which meant "the land of the Greeks" (who had long ruled the area from Constantinople, the capital of the Eastern Roman Empire and later the Byzantine Empire). In the East, he has always been known as Mawlânâ (pronounced "Mowlânâ" in Iran, India, and Pakistan; pronounced "Mevlana" in Turkey). This means "our Master" in Arabic, and was traditionally a title given to Muslim scholars. However, due to his great fame, the respectful title "Mawlânâ" quickly came to refer primarily to Jalaluddin Rumi. Only in the West has he been called "Rumi."

Rumi must have memorized much or all of the Holy Qur'an when he was young, because the Mathnawi and his other poetry are filled with direct quotes in Arabic, Persian paraphrases, and references to Qur'anic verses. He belonged to the Hanafi school of Islamic law, one of the four orthodox legal traditions of the Sunni branch of Islam. This means that his daily religious behavior was faithful to the many details of the Hanafi tradition of how to follow the example of the Prophet Muhammad.

Rumi's first sufi master, Sayyid Burhânu 'd-dîn Termezî, was his father's leading sufi disciple who came to Anatolia after hearing of the death of Rumi's father. Rumi was his sufi disciple for ten years, during part of which he was sent to Syria to obtain a traditional Islamic education. Sayyid Burhanuddin was also a profound mystic who instilled in Rumi a love of Persian sufi poetry and ordered him to do a number of lengthy solitary prayer retreats.

Rumi was 37 years of age when he met his second sufi master, Shamsu 'd-deen Muhammad al-Tabreezee (from Tabrîz), traditionally believed to have been about 60 years old. It is now known that Shams was not an illiterate and "wild" dervish as previously thought by Western scholars, but had a solid Islamic education and was literate and fluent in Arabic as well as Persian. And Shams himself belonged to another major orthodox school of Sunni Islamic law, called Shâfi`î.3 In the "Discourses of Shams,"4 a collection of notes recorded by his disciples (among whom was Rumi's son, Sultân Walad), Shams reveals himself not only to be a profound mystic, but very knowledgeable about traditional and mystical interpretations of verses from the Qur'an and sayings of the Prophet Muhammad. And he criticized at least one famous sufi master for not following the daily religious behavior of the Prophet.5

In a biography of Rumi, written by a disciple of Rumi's grandson, Aflâkî, along with many miracle stories, are many accounts of how Rumi prayed the five daily ritual Islamic prayers, fasted during the month of Ramadan, and did many extended voluntary fasts. And there are many accounts in which he voiced traditional Islamic beliefs on many topics.

But it is in the masterpiece of his later life, the Mathnawî-ye Ma`nawî (literally, "Rhymed Couplets of Deep Spiritual Meaning") that he reveals himself as both a profound mystic and an extremely devout Muslim. And a study of his stories and sayings of the Prophet Muhammad reveals his veneration and love for the Holy Prophet and the Revelation that was sent to him from God Most High. 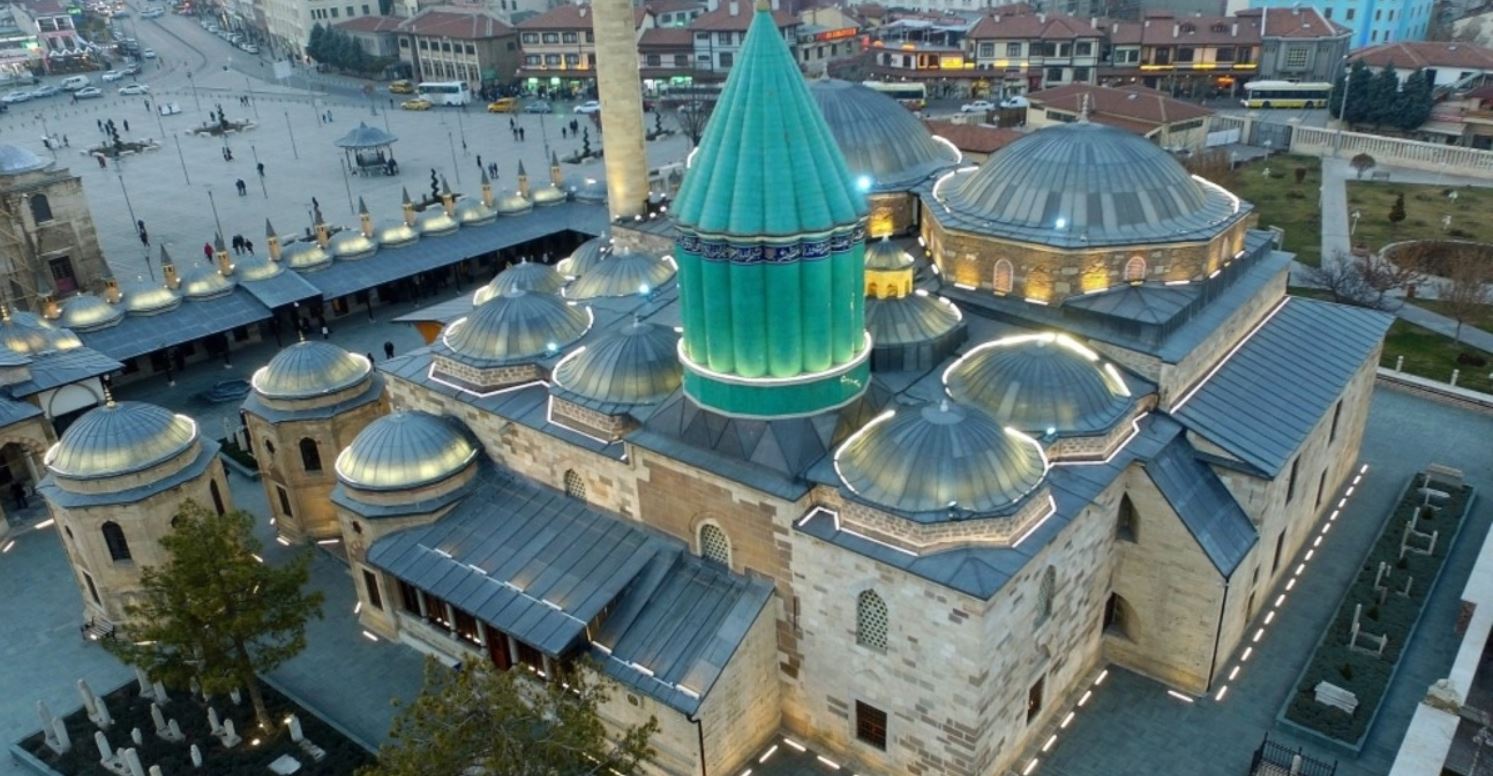 Mawlânâ Jalâluddîn Muhammad al-Balkhî al-Rûmî died in 1273 and was buried next to his father's tomb in Konya, Turkey. The anniversary of his death was commemorated for centuries according to the Islamic lunar calendar, but has been celebrated in Turkey for the past 50 years according to the Western solar calendar on December 17. On the night of this date, Mevlevis all over the world whirl in remembrance and glorification of God, and many kinds of groups read Rumi's poetry in their own languages. 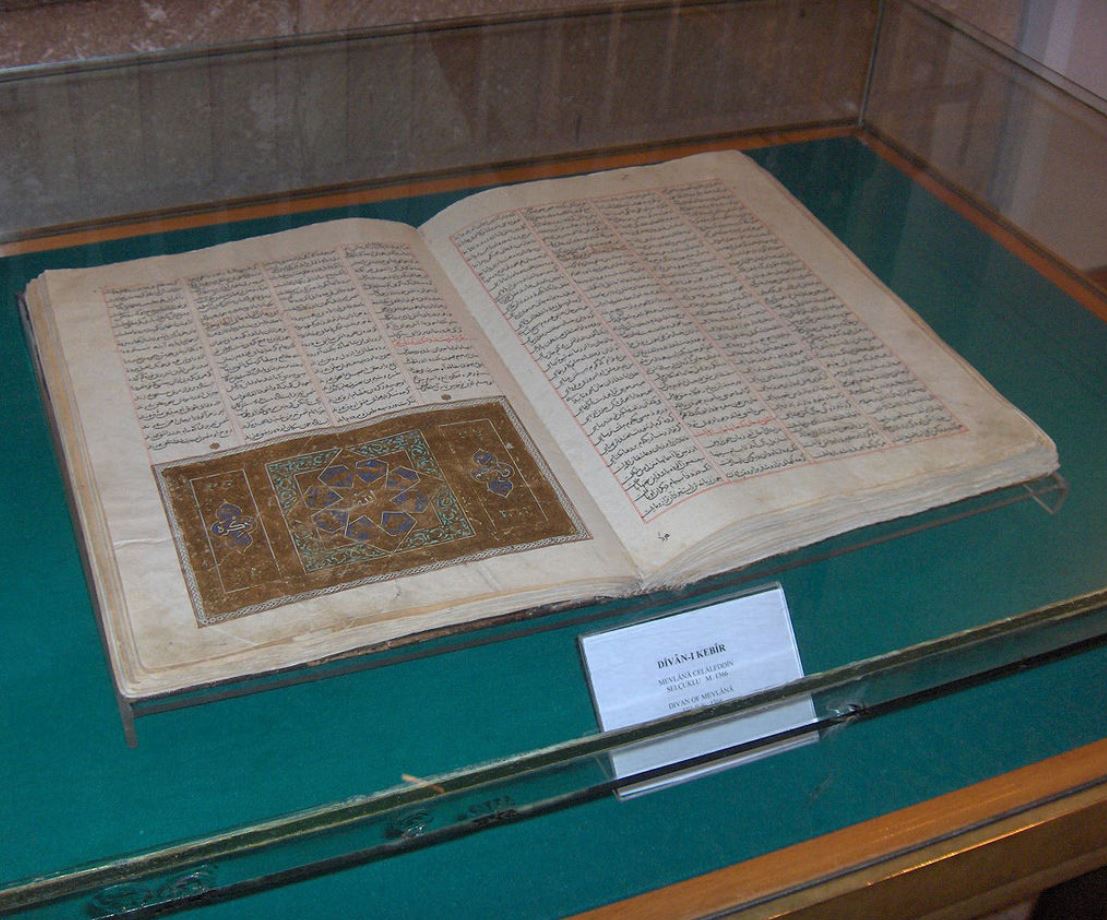