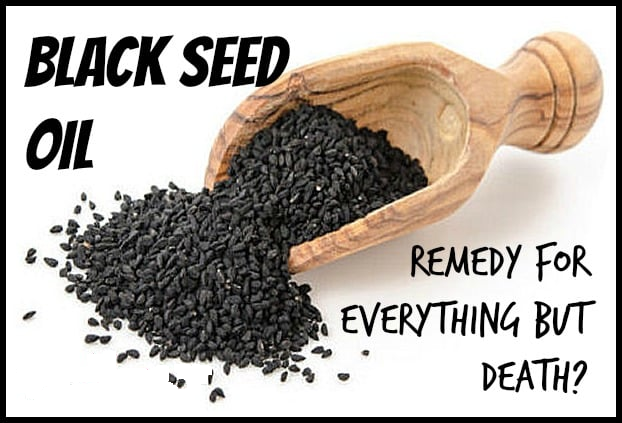 Black seed oil has been around for centuries and has been used as a homeopathic remedy for just as long. The nigella Sativa plant found in Asia is the source of Balck Seed Oil. According to the ancient texts, Hippocrates would use black seed Oil when he was having digestive problems, and even Cleopatra would use the substance as a hair treatment. Hundreds of studies showing the positive results of using black seed oil have been published that describe its usefulness when treating diseases such as Autoimmune diseases, MRSA and h.pylori-associated stomach ulcers.

Black seeds are also recognised as black caraway, black cumin, kalonji, and black onion seeds.They come from a plant called Nigella sativa, with pale purple, blue, or white flowers that grows in Eastern Europe, Western Asia, and the Middle East.People have used the tiny black seeds of the fruits of N. sativa as a natural remedy for thousands of years. The seeds can also flavour curries, pickles, and bread in a similar way to cumin or oregano. Black seed oil contains thymoquinone, which is an antioxidant and anti-inflammatory compound that may also have tumor-reducing properties. People can ingest black seed oil in the form of capsules or apply it topically to benefit the skin. It is also possible to add the oil to massage oils, shampoos, homemade skin-care products, and fragrances. High-quality black seed oil is also suitable for use in cooking, baking, and beverages. 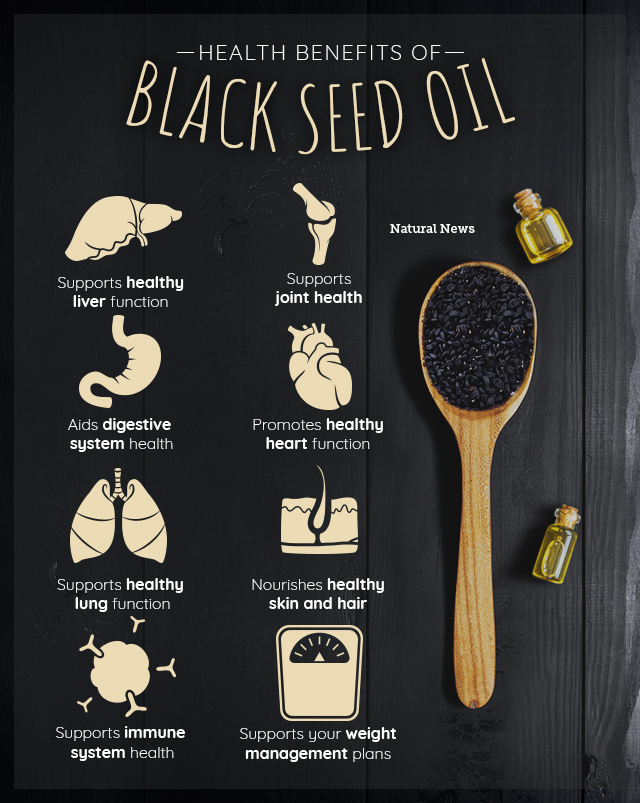 Black seed oil has shown promise in treating some of the most common health conditions, including high blood pressure and asthma. It also shows strong antifungal activity against Candida albicans — yeast that can overgrow in the body and lead to candidiasis. Examples of other black seed oil health benefits include:

•Reducing high cholesterol: Taking black seed oil has been shown to reduce high cholesterol. It’s high in healthy fatty acids that can help you maintain healthier cholesterol levels. Examples of these fatty acids include linoleic acids and oleic acid. The levels of the oils can vary depending on where the black seeds are grown. People may also see results when consuming the crushed seeds.

•·Reducing stomach upset: Eating black seeds or taking black seed oil is associated with relieving stomach pain and cramps. The oil can help to reduce gas, stomach bloating, and the incidence of ulcers as well.

•Black seed oil is also thought to have anticancer properties. It may help fight against skin cancers when applied topically. 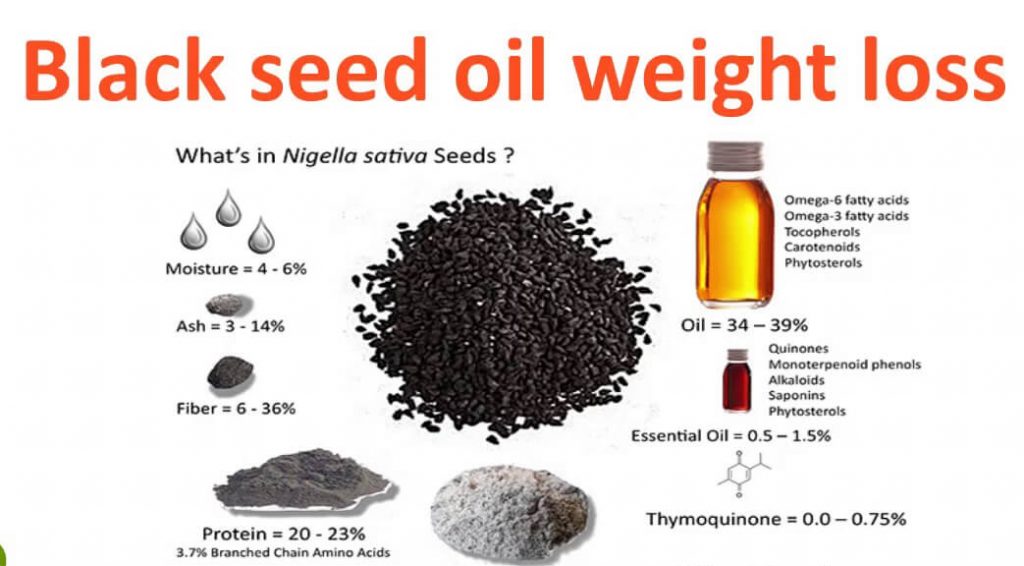 Research has shown that black seed supplementation can help lower people's body mass index (BMI). The study participants did not report any severe side effects from taking this supplement.

A systematic review published in the Journal of Diabetes & Metabolic Disorders in 2013 found that black seed oil could be effective in tackling obesity. 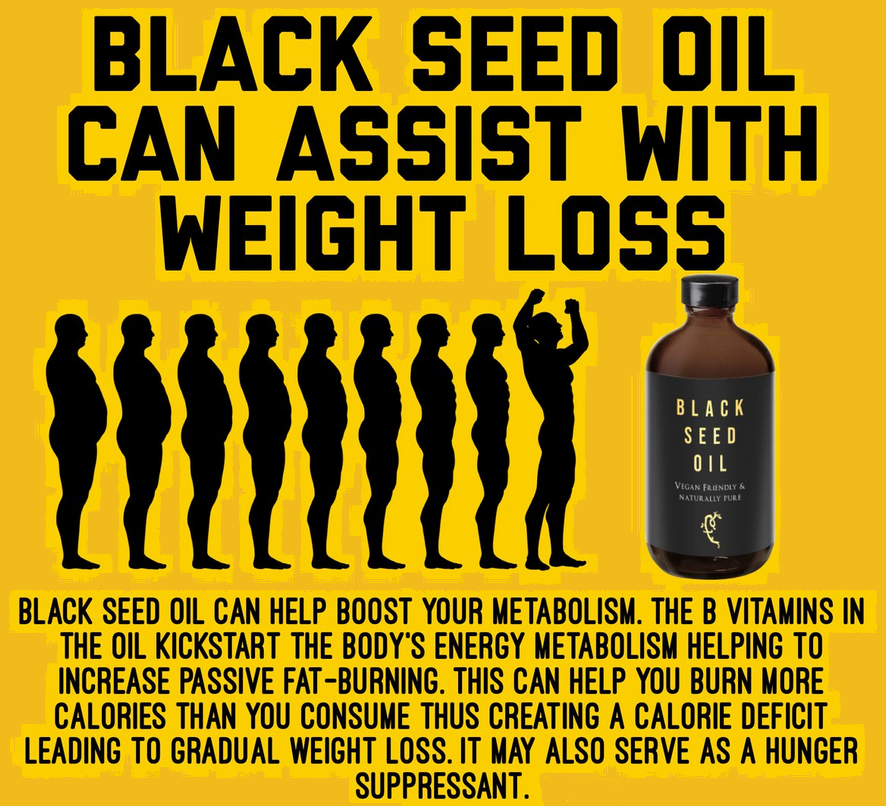 Benefits for the skin 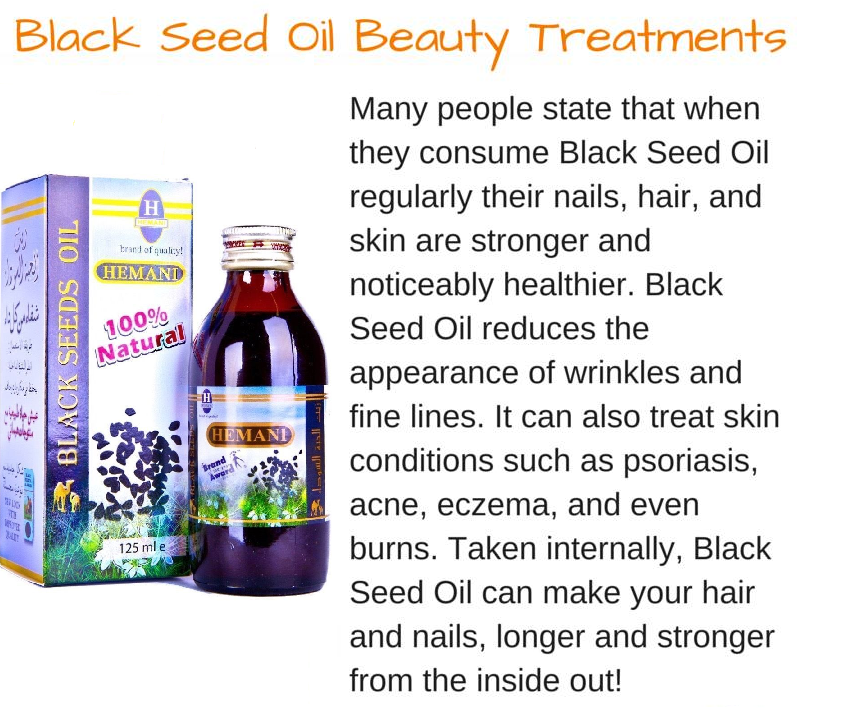 Black seed oil may be beneficial for people with the following skin conditions:

Eczema: According to a small-scale 2013 study comparing the therapeutic benefits of N. sativa with those of prescription medications, black seed oil can reduce the severity of hand eczema.

Acne: Research suggests that the antimicrobial and anti-inflammatory effects of black seed oil can improve acne. In one study, 58 percent of participants rated their response to this treatment as good, while 35 percent felt their results were moderate.

Psoriasis: A 2012 study on mice suggests that the oil may also have antipsoriatic benefits.

Black seed oil may also hydrate hair, soften skin, and act as a moisturizer, although there is a lack of scientific evidence to confirm these benefits.

The oil also may help to reduce the tissue damaging effects of radiation that is used to kill cancer cells. 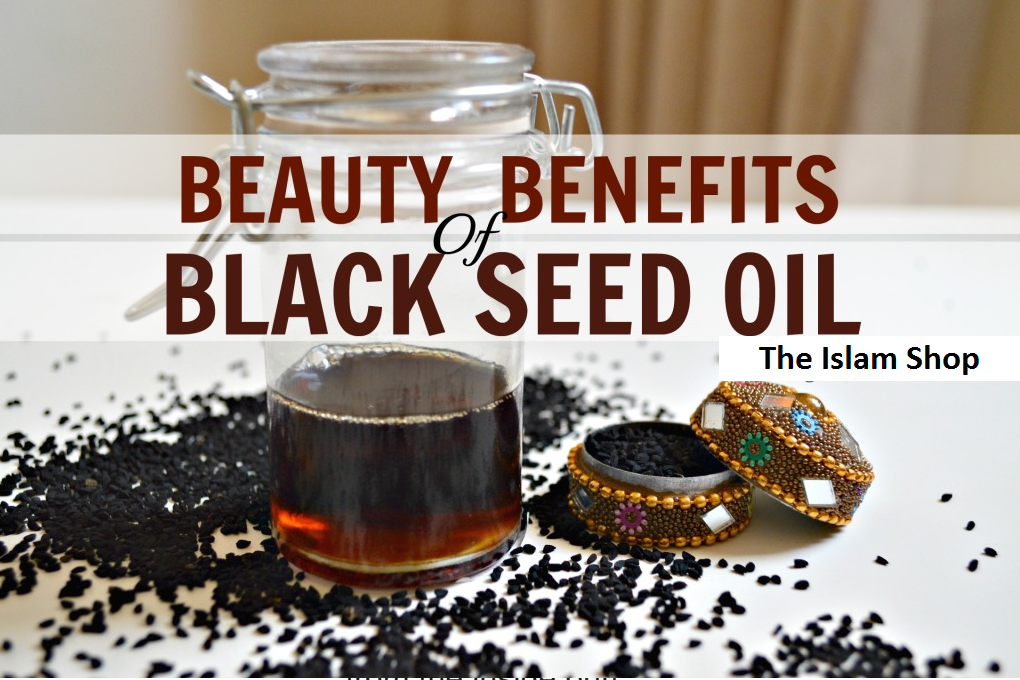 Black seed oil has several applications and benefits for problematic skin conditions. The oil is found in many health foods stores and pharmacies. Examples of applications for beauty and skin include:

•Acne: According to the Journal of Dermatology & Dermatologic Surgery, applying a lotion prepared with 10 percent black seed oil significantly reduced the incidence of acne after two months. Those who participated in the study reported 67 percent satisfaction.

•Hydrating hair: Black seed oil can be applied to human hair to soften it and promote shine.

•Psoriasis: Applying black seed oil has been shown to reduce the incidence of psoriasis plaques.

•Softening skin: Black seed oil has been added to oils and moisturizers to improve skin moisture and hydration.

•Wound healing: Application of black seed oil has been shown to reduce inflammation and the presence of bacteria to aid in wound healing. While it doesn’t seem to be helpful in growing new collagen fibers, it does stimulate other growth factors to help the body create new, healthy skin.

Remember, black seed oil shouldn’t replace prescription treatments that a doctor may give you. But it does have some beauty benefits that can work in addition to these treatments to enhance your skin.

Black seed oil can be helpful to liver function, but taking too much black seed oil can also be harmful to your liver and kidneys. If you have problems with either of these organs, talk to your doctor to determine a safe dose (if any). Also, topical black seed oil can cause allergic reactions. Do a patch test before applying it to a large area on your skin.

If you’re looking to expand your palate, you can incorporate black seeds into your dishes. Suggestions on foods to add black seeds to include:

•Toasted and sprinkled over bagels or biscuits

•Added to soups, curries, and stir-fries

•Grinding them and mixing them with other seasonings like mustard, fennel, and cumin seeds

This Article will provide the Knowledge on Black Seed